EBRAINS users share their use cases during Paris Symposium

What is EBRAINS good for? During the FENS satellite event on Friday 8 June, in Paris, France, researchers from the Human Brain Project shared their stories about the collaborative digital infrastructure. EBRAINS offers detailed brain atlases, both for humans and animals, tools, workflows and demos, models and simulations, accessible to all users. 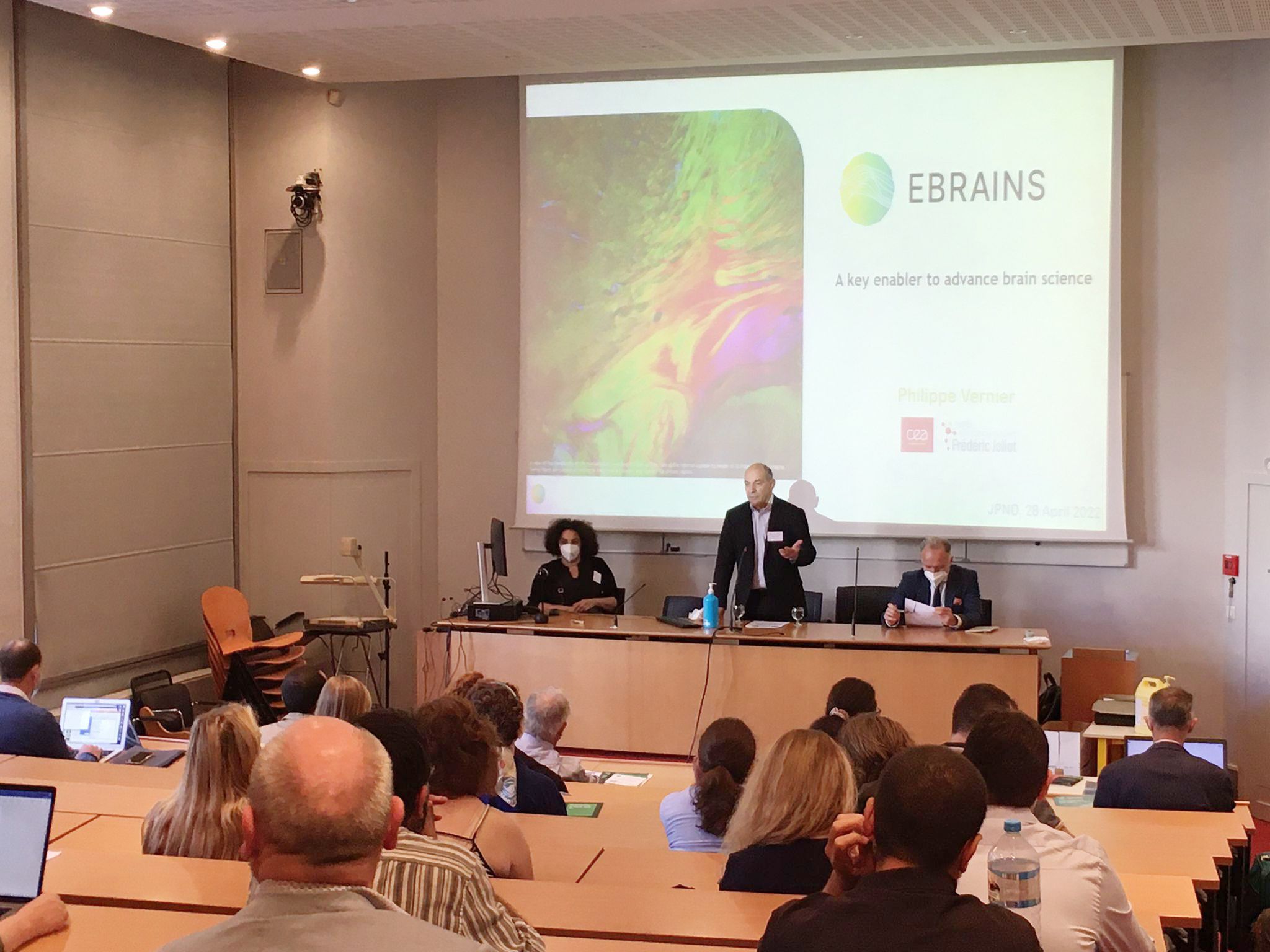 Searching for a measure of consciousness

Advanced computational brain models running on EBRAINS are being used to measure complex underlying mechanisms across different levels in the brain. “Our line of research started after experiments by Marcello Massimini at the University of Milan, who measured brain activity with transcranial magnetic stimulation in awake and anaesthetized states” explains Alain Destexhe, NeuroSPI, Paris. “This gave us some precious insights into consciousness and its quantification of minimal complexity. We then integrated the elements into a network constrained by the entire human connectome, with the simulation engine The Virtual Brain (TVB)”. The EBRAINS-powered TVB allows to model and predict activity in the whole brain and can be adapted to the brain of an individual patient. The results are part of the Brain Complexity and Consciousness Showcase, which you can read more about here. Whole brain models and connectivity databases of the awake/anesthetized states for different animals are also available in EBRAINS, “some of these animals models have been built within EBRAINS from the beginning” adds Destexhe.

A toolkit to test and tune models

EBRAINS has also been used as a “playground” to integrate models at different scales. “Inserting spiking neural networks, a typical bottom-up model, into nodes of whole virtual brains, an example of top-down models, for example. Or inserting the spiking neural network into functional robotics models and have them generate signals,” says Egidio D’Angelo, University of Pavia. “The EBRAINS platform is the research infrastructure that has made these initial experiments possible and might make it in the future with more data and toolkits available”. 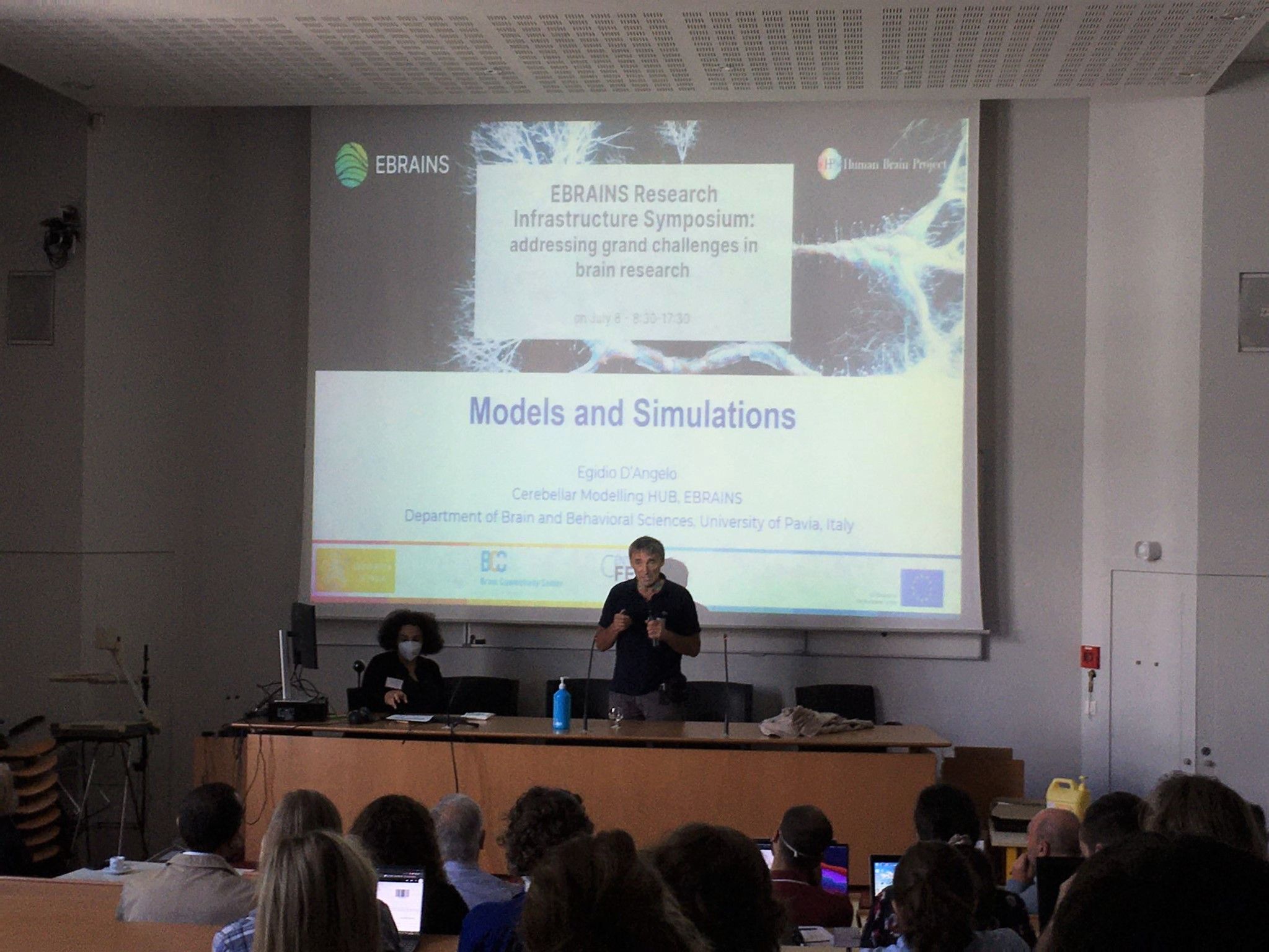 Applying EBRAINS workflows to your research

Other EBRAINS users shared their use case of the digital platform. “I use EBRAINS to map and track cellular anatomy as the brain experiences changes throughout the ages”, explains Ingvild E. Bjerke from the Institute of Basic Medical Sciences, University of Oslo, Norway, who presented at the EBRAINS event. “The developing brain is not simply a smaller adult brain but changes as it grows. With EBRAINS, I can track specific types of cells through the lifespan, mapping their location and expressions at different stages”. Bjerke uses the QUINT workflow to focus on the neuronal expression of parvalbumin and calbindin cells involved in calcium signalling. The workflow employs a succession of tools, all available in EBRAINS, to quantify the specific types of cells and extract them from the brain atlases. “Capturing snapshots at different ages, we can show which areas the cells are and how their expression changes, giving us precious insight into the developing brain”. 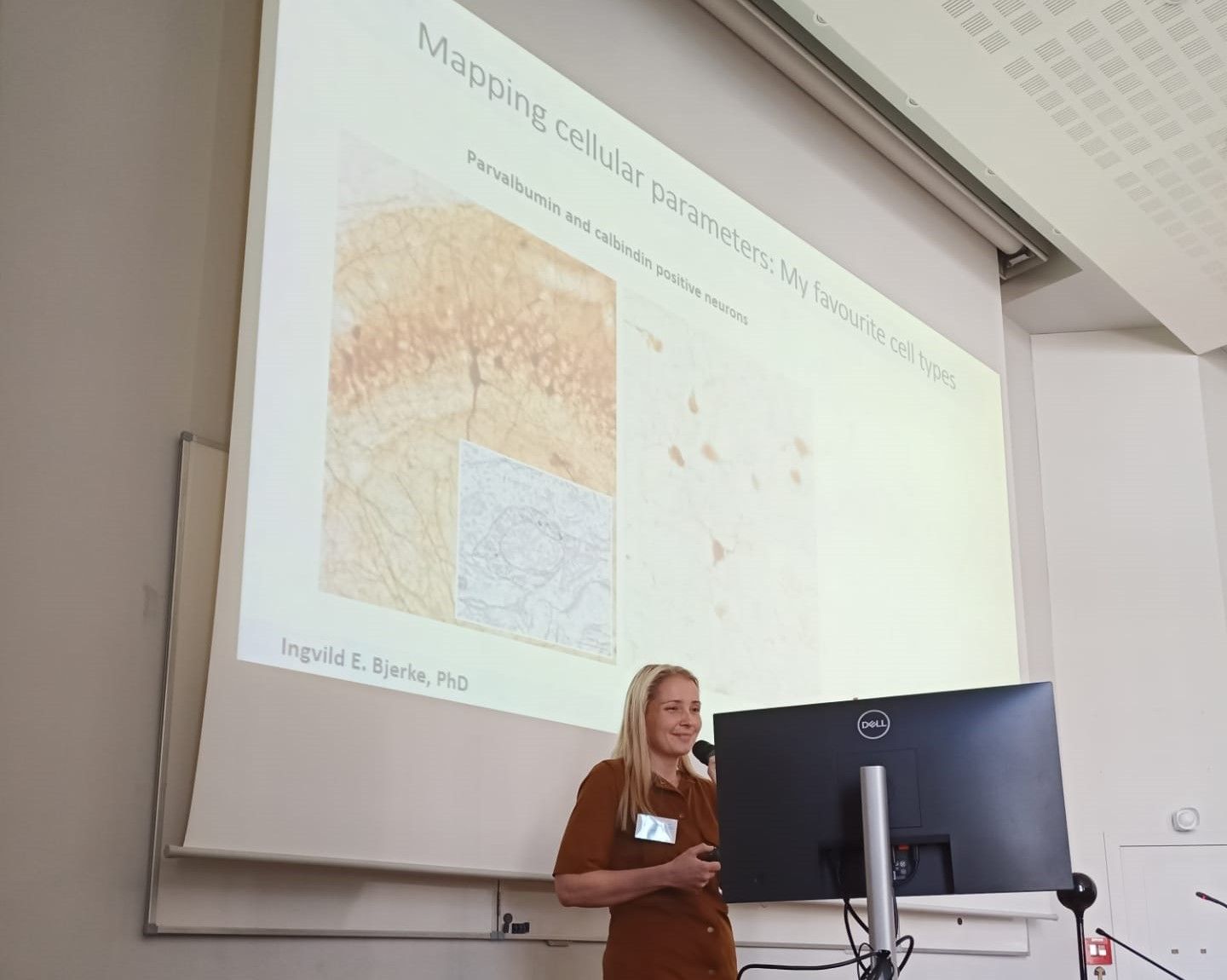 Data protection on the EBRAINS platform

Open data research is paramount for modern science, but the issue of sensitive, GDPR-compliant data is still a pressing one. How do you solve the problem of some researchers being unable to work on sensitive data? EBRAINS contains digital brain twins of patients who have been scanned during research and clinical trials. A digital twin is extremely personal and full of sensitive information, so EBRAINS takes data security very seriously. “With a digital twin, you could predict more than 2000 features of a given person, with few data points needed to reliably identify the person their twin is based on, even reconstructing their facial features. Patient anonymity is hard to reach even when you are being careful,” explained Petra Ritter during her talk. “This is why, if you want to do lawful, GDPR compliant research, you need to employ data safety measures in the way EBRAINS does”. The infrastructure has integrated functionality that developed encryption/decryption steps, sandboxing and access control, with multiple steps along the pipeline. “No admin will ever be able to access the digital twin of a person and identify them”, adds Ritter. “Only the researchers with the legal right to access personal data are allowed to do so by the system. This also allows meaningful scientific data to be shared safely to other EBRAINS users without compromising the patient's anonymity”. 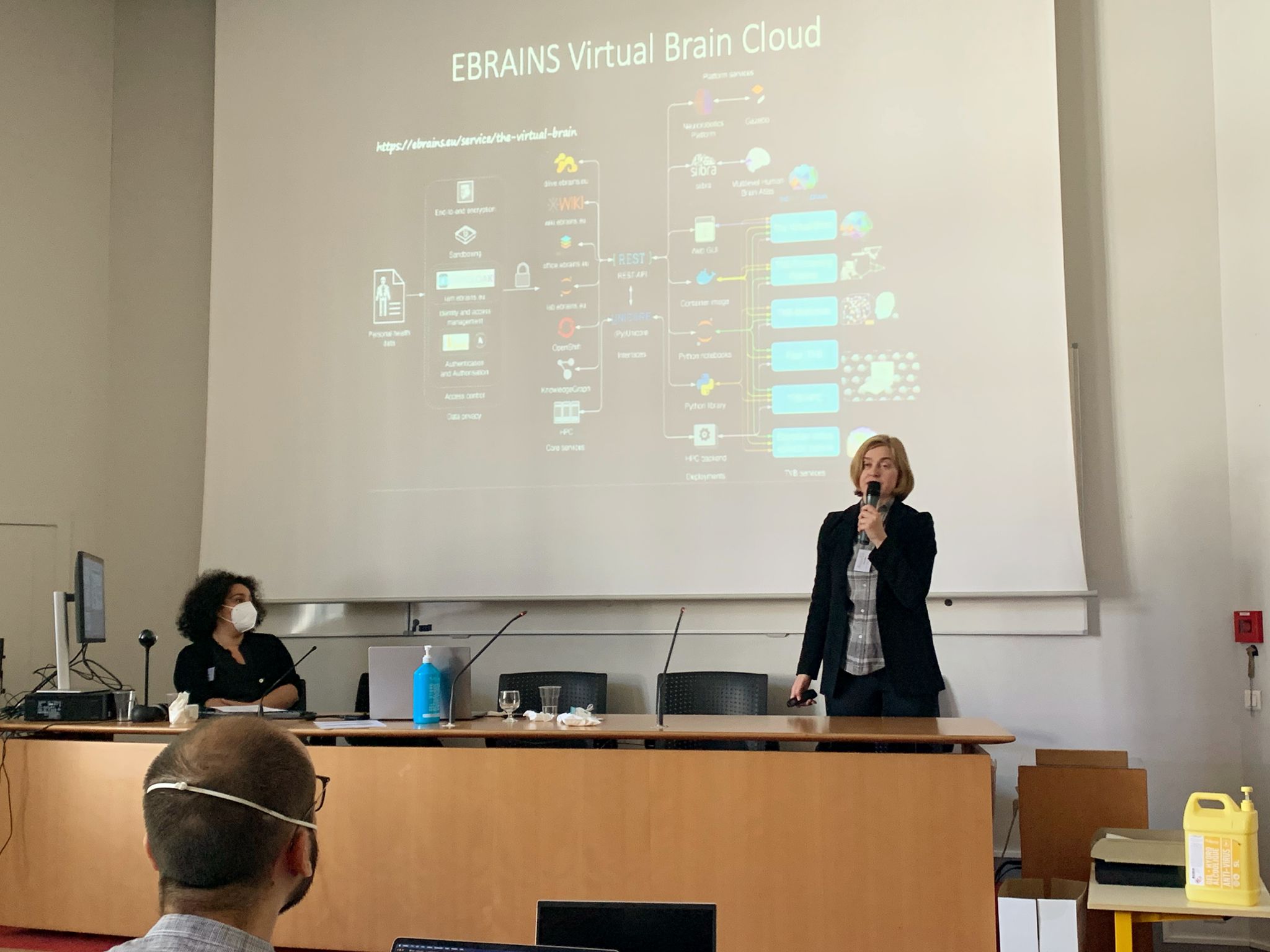 Petra Ritter’s finishing remarks, given during the wrap up discussion on the future of EBRAINS, stressed the importance of community building around the platform. “As more countries and institutions join to become members of EBRAINS, they bring with them solutions and expertise that the entire community benefits from”.