PRACE, the Partnership for Advanced Computing in Europe, teamed up with the ICEI Project and the Fenix Research Infrastructure to deliver highly advanced computing services to European researchers.

PRACE, the Partnership for Advanced Computing in Europe, teamed up with the ICEI Project and the Fenix Research Infrastructure to deliver highly advanced computing services to European researchers. The PRACE Research Infrastructure provides access to distributed persistent pan-European world-class HPC computing and data management systems and services. The partnership with Fenix HPC resources allows PRACE to provide access to new types of services such as active and archival data repositories as well as virtual machine services. A straightforward process was put into place to allow for an easy application process and a merit-based reviewing procedure. 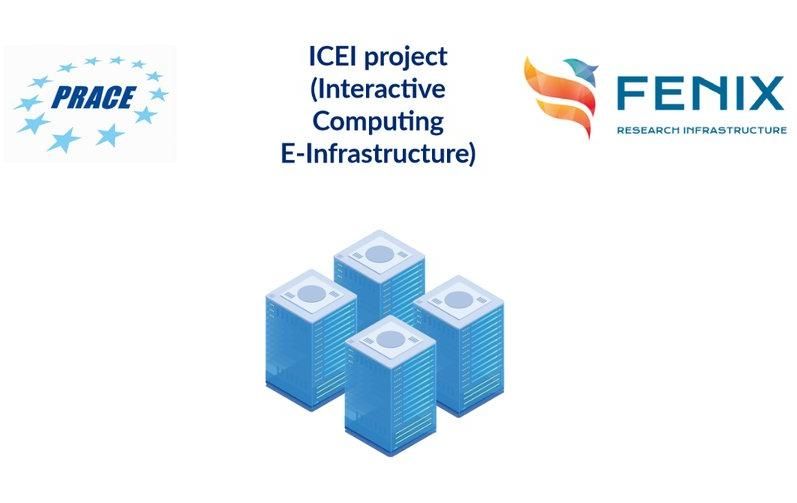 Five European supercomputing centres, namely BSC/ (Spain), CEA (France), CINECA (Italy), CSCS/ (Switzerland) and JSC (Germany), aligned their services to facilitate the creation of the Fenix Infrastructure, which provides European researchers with access to computing and data resources. An initial version of this infrastructure is currently being realised through the ICEI project (Interactive Computing E-Infrastructure), which is part of the European Human Brain Project (HBP).

The distinguishing characteristic of the Fenix e-infrastructure services is that data repositories and scalable supercomputing systems are in close proximity and well-integrated. The PRACE-ICEI Calls for Proposals combined the well-established PRACE peer review process with the Fenix services. Since March 2020, quarterly calls for proposals are open for European researchers from academia and research institutes in need of scalable computing resources, interactive computing services, Virtual Machine services, and data storage for their projects. The projects awarded so far are available:

“Researchers accessing PRACE Infrastructure need to go beyond the use of scalable computing resources and expect to get access to integrated data storage, virtual machines or interactive computing services. The collaboration between PRACE and ICEI / Fenix is an effective framework providing such a bundle of services to support best science in Europe and serve society.”, said Serge Bogaerts, PRACE Managing Director.

As part of PRACE’s response to the COVID-19 outbreak, the PRACE Fast Track Call for Proposals provides the successful applicant with fast access to the PRACE HPC Infrastructure. Services provided by ICEI / Fenix are also offered to the Fast Track Call awardees in order to support the Open Science policy dictated in the call.

“We extensively used Fenix storage capabilities to give access to the large-scale SARS-CoV-2 molecular dynamics data we produced within the PRACE Fast Track Call. Indeed, we constructed a conformation ensemble for the main protease (Mpro)”, said Prof Jean-Philip Piquemal, Sorbonne Université, France, user of the Fenix services for the project “COVID-HP”. “Due to their large size (Tb), these simulation data require a solid infrastructure to store them but also to make them accessible to any interested researcher reading the scientific publication. Fenix offered us the capabilities to enforce Open Science”, he added. 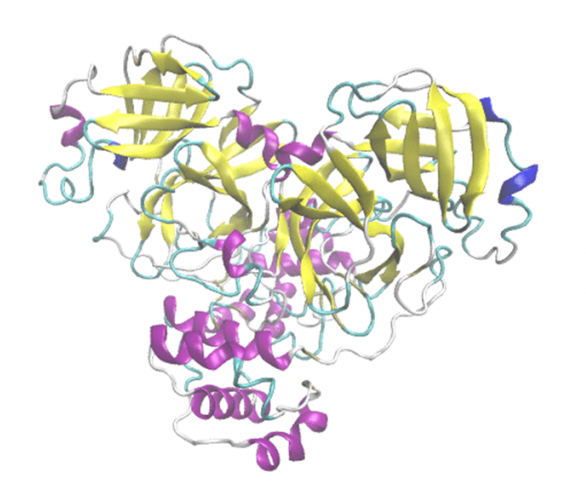 PRACE already has a comprehensive free-of-charge HPC training programme with its 14 PRACE Advanced Training Centres. To expand the training possibilities in the European HPC ecosystem, PRACE collaborates with ICEI / Fenix, E-CAM, FocusCoE, HPC Carpentry/ and EESSI to bring HPC resources to the classroom in a simple, secure and scalable way. Inspired by the Canadian open-source software model Magic Castle, the aim is to create a virtual HPC infrastructure(s) under LearnHPC in a public cloud by using the Fenix Research Infrastructure.

ABOUT ICEI / Fenix
Five European supercomputing centres, namely BSC/ (Spain), CEA (France), CINECA (Italy), CSCS/ (Switzerland) and JSC (Germany), aligned their services to facilitate the creation of the Fenix Infrastructure, which provides European researchers with access to computing and data resources. An initial version of this infrastructure is currently being realised through the ICEI project (Interactive Computing E-Infrastructure), which is part of the European Human Brain Project (HBP). Fenix has received funding from the European Union’s Horizon 2020 research and innovation programme through the ICEI project under the grant agreement No. 800858. For more information, see www.fenix-ri.eu

ABOUT PRACE
The Partnership for Advanced Computing in Europe (PRACE) is an international non-profit association with its seat in Brussels. The PRACE Research Infrastructure provides a persistent world-class High-Performance Computing service for scientists and researchers from academia and industry in Europe. The computer systems and their operations accessible through PRACE are provided by five PRACE members (BSC representing Spain, CINECA representing Italy, ETH Zurich/CSCS representing Switzerland, GCS representing Germany and GENCI representing France). The Implementation Phase of PRACE receives funding from the EU’s Horizon 2020 Research and Innovation Programme (2014-2020) under grant agreement 823767. For more information, see www.prace-ri.eu

EBRAINS is a new digital research infrastructure created by the EU-funded Human Brain Project. The goal of EBRAINS is to foster brain-related research and to help translate the latest scientific discoveries into innovation in medicine and industry for the benefit of patients and society. It draws on cutting-edge neuroscience and offers an extensive range of brain data sets, a multilevel brain atlas, modelling and simulation tools, easy access to high-performance computing resources and robotics and neuromorphic platforms. All academic researchers have open access to EBRAINS’ state-of-the-art services. Industry researchers are also very welcome to use the platform under specific agreements. For more information about EBRAINS, visit www.ebrains.eu.

About the Human Brain Project

The Human Brain Project (HBP) is the largest brain science project in Europe and stands among the biggest research projects ever funded by the European Union. It is one of the three FET Flagship Projects of the EU. At the interface of neuroscience and information technology, the HBP investigates the brain and its diseases with the help of highly advanced methods from computing, neuroinformatics and artificial intelligence and drives innovation in fields like brain-inspired computing and neurorobotics.