Minister Freeman was visiting Switzerland in a bid to establish partnerships with research and innovation institutes in the country. He is hoping to build scientific alliances with countries outside the EU at a time when there is uncertainty around the UK’s continued involvement in the EU’s Horizon Europe research programme.

On Monday afternoon he was given a tour of Campus Biotech in Geneva, where he learned about the world-class innovations in neuroscience and digital health that have been developed by the various institutes. 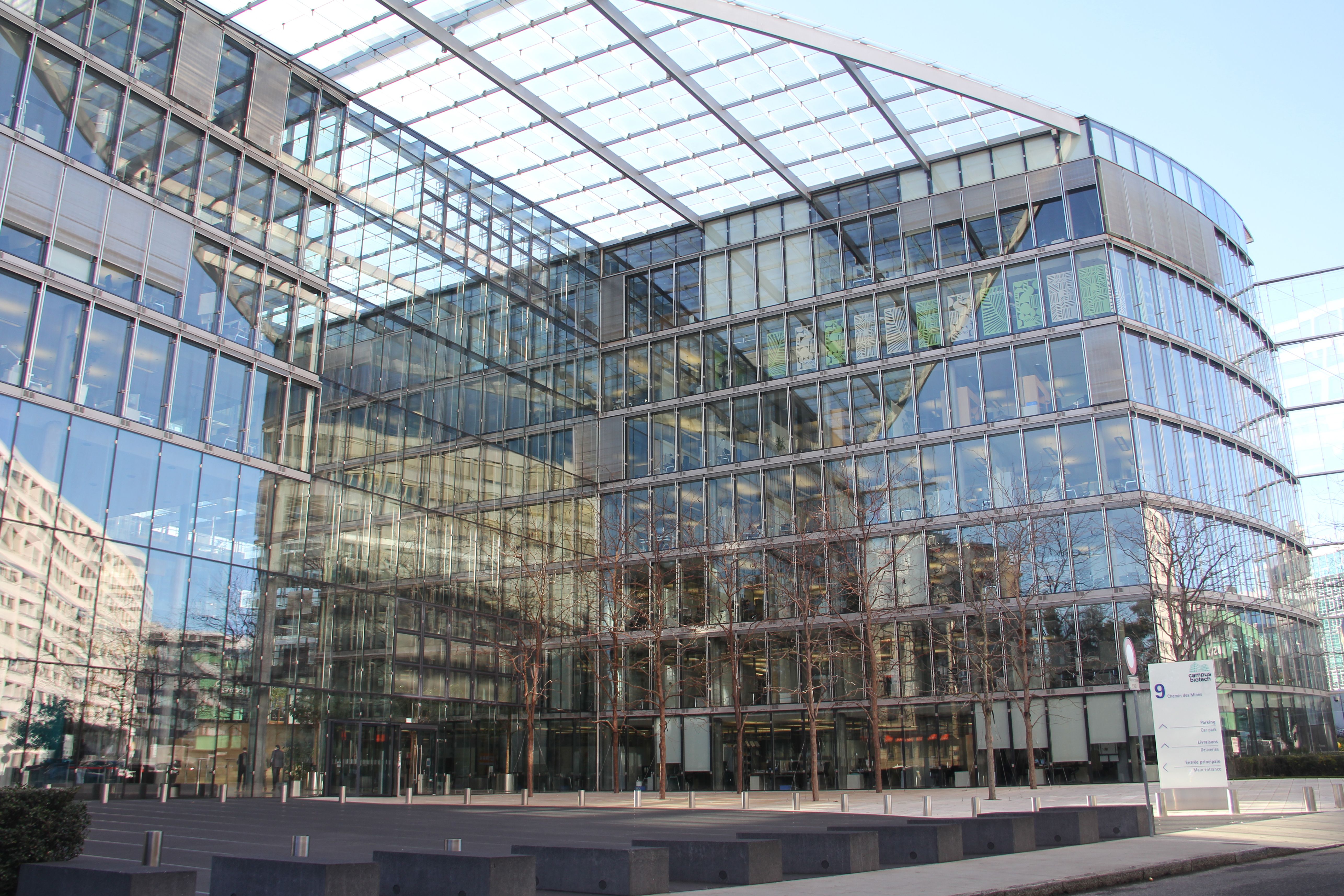 Campus Biotech in Geneva, home to the EBRAINS Swiss Branch

He was greeted by representatives of the EBRAINS Swiss Branch, including Chief Programme Officer Christian Fauteux. 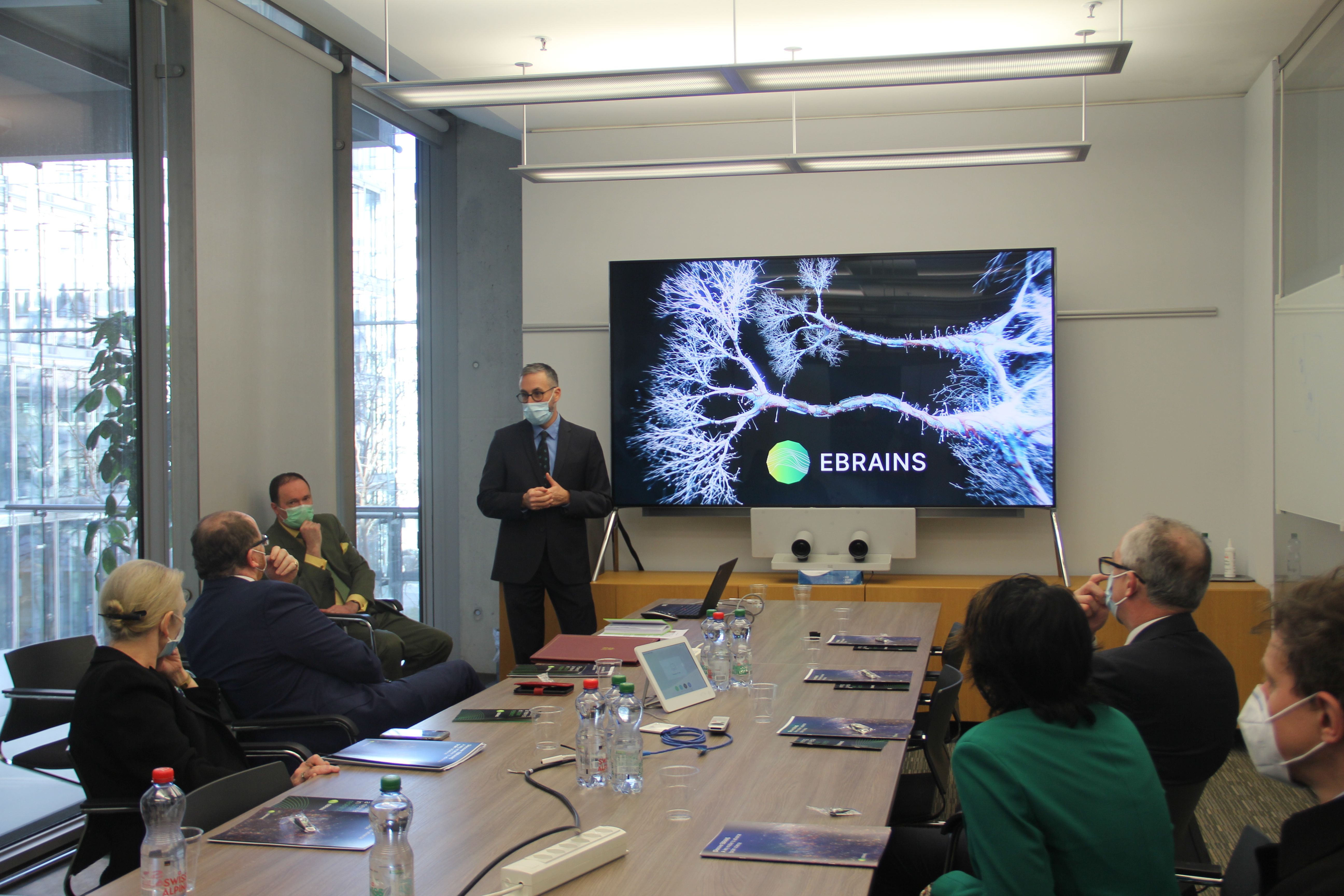 EBRAINS representatives gave a presentation on the EBRAINS research infrastructure

"We were delighted to welcome Minister Freeman to our Swiss Branch in Geneva today" said Fauteux. "It was a great opportunity to discuss what EBRAINS can bring to UK universities and academia and how we can together develop a UK Node for EBRAINS."